Few minutes back, Vinod Varghese, pinged me with the wikipedia link of Irom Chanu Sharmila who has been on hunger strike for 10 years now seeking withdrawal of Armed Forces (Special Powers) Act, 1958. This reminded me of a picture that has remained vivid in my memory with passage of years. 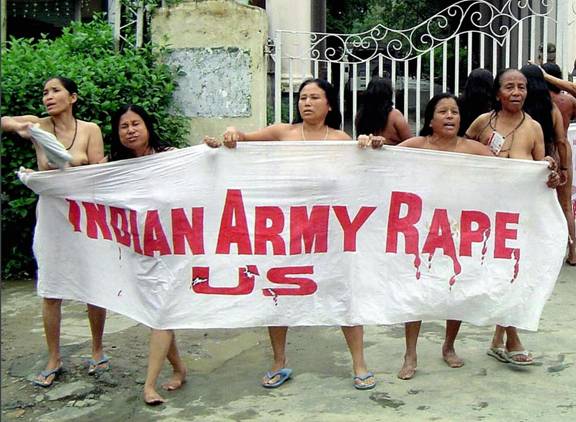 This was a protest held in Imphal, Manipur on July 15, 2004. They were protesting the custodial rape and killing of a women called Thangjam Manorama, who had been arrested by the paramilitary troops on July 10 on the suspicion of having links with militants. Her body was found later pierced with bullets and marked with torture.

Another news item that passed down memory lane was the article about Kabir Suman, the revolutionary singer and now Trinamool Congress MP.

"I will demonstrate in Parliament premises. It will be peaceful, I will take my guitar and sing, against state-sponsored atrocities perpetrated through laws like UAPA. Whoever wants to join me in that is welcome,"