Each day bombs are blasted in Iraq, Afghanistan, and Pakistan. Scores of human lives are destroyed,  countless bodies mutilated. Yet, this occupies just a tiny slice of news slot or a distant corner of a national daily. And a disowned plastic bag left in a public place or a minor firecracker takes the tiger's share of news time if the event happens to occur in United States or Britain. As if the lives are valued based on their nationality. Or are the lives valued on their contribution to world GDP? A dead American is a dinosaur, a dead Afghani is a rat.

Analysis: One should have not read the above lines as they're nothing but nonsense. Aren't you aware of the law of "supply and demand." The more the supply, the less the demand or value. So, more the news of blasts arrive each day from war zones of Asia, less the interest will be in public for such news. However, news of a bomb threat in a developed country is a rarity and hence, public interest and time slot alloted for it will obviously be high.

Conclusion: Do not blindly believe and agree with anything you read, see, or listen being wrote, shown, or told by the politician in the parliament to the guru in the gurukul. Carry a pinch of salt along to take with every bit of information (or misinformation) devoured. If you still get swayed by emotions, then "mentos khao aur dimag ki batti jalao."

"Power is what men seek and any group that gets it will abuse it."
- Lincoln Steffens 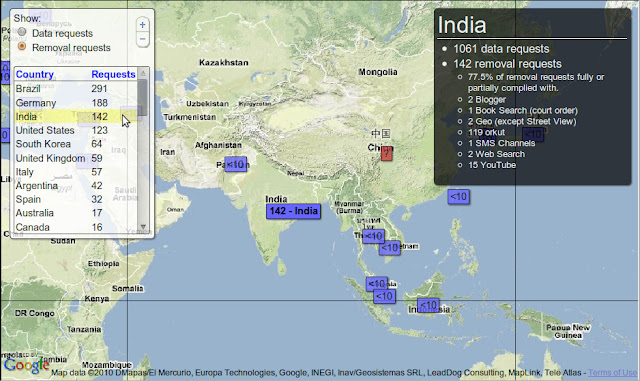 Two Faces and a Lie

In August 2009, a bomb was dropped at the Defence Research and Development Organization (DRDO) headquarter. Dr. K. Santhanam, Ex-Director, Test Site Preparations, DRDO, claimed that the Pokhran-II, the test of explosive nuclear device done in 1998, was not completely successful. The Bharatiya Janata Party, the ruling party under whom the tests were done and who took the credit for it; the Congress Party, present ruling party which signed international treaties which would prohibit India from doing further tests; Dr. Anil Kakodkar, present Director of Bhabha Atomic Research Center; Dr. A.P.J. Abdul Kalam, then Chief Project Coordinator of Pokhran-II, Scientific Adviser to the Prime Minister and Head of the DRDO; all rushed to clarify that the claims made by Dr. K. Santhanam were false. Note that all of them had vested interest in proving the success of Pokhran-II.
Here are two faces in two different interviews giving two different (contradictory) statements. One of them is lying. But who is lying and who is not? Lets examine the faces to find who is more confident of what he is saying, who is trying to hide lies under the skin. See if you can come to any conclusion.

On April 6, 2010, three events occurred. Ministry Of Home Affairs, Govt Of India, published an advertisement to lure the Maoist to surrender, I wrote a pile of gibberish about this ad, and finally, the same Maoists, which Ministry of Home Affairs and I were talking about, executed 76 CRPF men. It was shocking. A group of insurgents with mostly arms and ammunition looted from police, no discernible source of funding, and malnourished bodies wipes out the whole battalion of well-trained (?), well-armed (?), well-fed (?), jawans!
It was big news. And lots of other pieces of news followed in succession. Here are few of them and the questions they would raise in any inquisitive mind.
News 1: Dantewada effect? CRPF 'suspends' anti-Maoist drive in Bastar
Question 1: Was't CRPF created to tackle situations related to internal security? Or they have been trained just on disruption of peaceful demonstrations/protests, dispersion of crowd, keep people locked in home (curfew), guard the temples and mosques. It seems they can at most deal with enraged civilians. I wanted to find more about the duties and roles of CRPF and henced peeped in their website. Interestingly, most of the links are nonfunctional and you cannot find anything about them except that this was CRPF's website! Does the condition of the website give any insight into the condition of the organization?
CRPF Website: http://crpf.nic.in
Question 2: The ease with which religious fanatics and socioeconomic insurgents operate, it makes us feel that the citizens of India are at the mercy of their mood swings. Anybody suffering from mania can put a bomb together and explode to get a kick out of it. On November 26, 2008, ten individuals parade in the high-security Mumbai with guns and grenades killing 173 people and injuring 308 and it takes 3 days to stop them. And this was the case when creme de la creme of Indian security, National Security Guards, was in action. Imagine, what would have happened if only police were to deal with them. Given the dismal performance of security forces in combat situations, is India capable of protecting its citizen?
News 2: Fearing CRPF backlash, villagers abandon homes for forests

“Everyone is terrified that the police will take revenge by attacking the village,” said a villager who came out of the forest to check on his house, “They have already killed one person.”

Question: It is not an easy decision like going for a holiday. There needs to be good enough reason to abandon all the belongings and possessions and depart. There can be two reasons for the villagers to flee. One, all the villagers are naxals and hence, they fled fearing arrest and execution. Two, the villagers have memories of such attack and murder by government authorities in the past.
Now, if the first assumption is true, then why CRPF had no clue about the identity of the villagers? If the second assumption is true, then how can such a barbaric government be allowed to stand?
Disclaimer: Only fools talk about issues in which s/he does not have any insight. Its one thing to read news paper seating on a blue sofa in air-conditioned office, debate about the defects in the government's policy over coffee, vomit all the thoughts molding it in a blog. And its quite another thing to be there in the field, under harsh conditions, under constant anxiety of attack and counter attack. Its another thing to make those difficult decisions which entangles the fate of countless lives. Governing a nation or running home ministry isn't the same as forwarding email about inefficient governance or blogging about human right violations.

Am I contradicting myself? Well, thats my perception, oxymoronic!

This captivating video was created by The Story of Stuff Project, using simple black caricature on white background. I'm putting this video up in the blog for the viewing pleasure of a specific breed of environmentalist. My target audience are the guardians of environment who protest aggressively against tree felling, while reaching the site in an air-conditioned car, needing chilled mineral water to keep the cool all the while. I'm talking about you, for whom environmental activism is fashion fad to talk around, to blog and pollute net space. I'm talking about you, who frowns at the sight of plastic being burnt and yet give no thought to using plastic at the first place. I'm talking about you, who cry foul on news of garbage from foreign countries being dumped in India and yet is relentlessly in garbage creation.

PS: This video was forwarded by Anala (thanks for keeping me informed about whats going on in facebook). 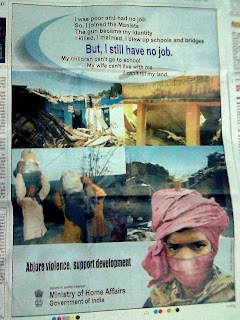 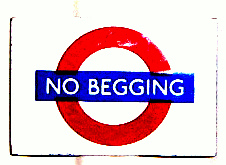